Cameron sent in this picture of him with a little snapper. He’s learning about conserving our fish. He says, “The undersized ones go back no matter how proud you are of your fish.”

By Kate Graeme, KCO Tauranga At Aongatete, we met Scott and his conservation dog, Millie.  Millie is trained to hunt out rats and is used on pest eradication projects.  We were amazed at how high she could climb.  Scott explained that being a small dog she was nimble and light, and had even been dangled down cliffs on […] 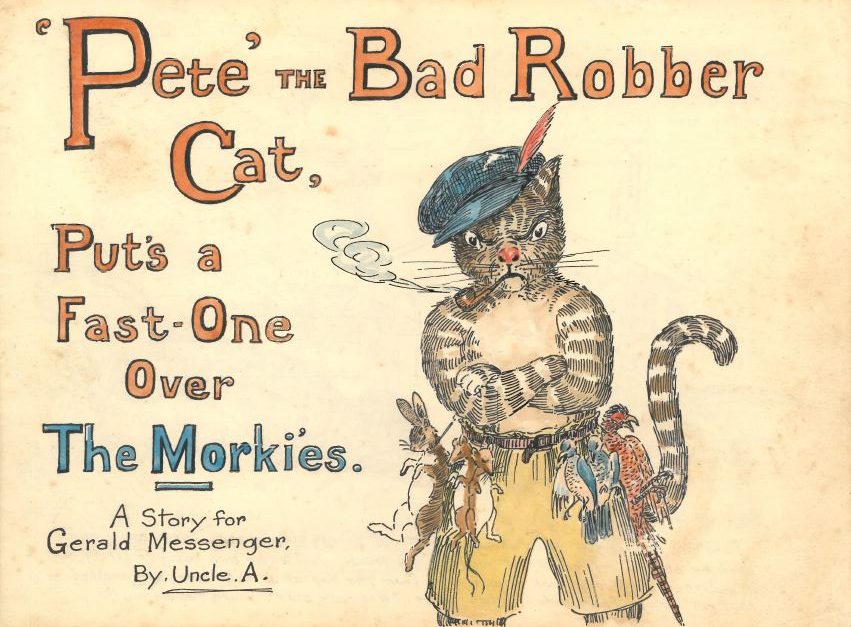 STORY: Pete’ the Bad Robber Cat Pulls a Fast-One over The Morkies

This story was written c. 1927 by Arthur Messenger for his nephew, Gerald. Arthur wrote some of the very first Forest & Bird stories for kids! This one is all about the Gerald’s family cat catching ruru (morepork). Thanks heaps to Gerald for sharing it with us!

Join us in welcoming our new KCC Climate Mascot to to the crew – Tiki Tim the Taniwha! Tiki Tim was created by Moana (age 9) from KCC Northern. He is named for Tikipunga in Whāngarei. Moana upcycled this taniwha using the instructions in Wild Things Issue 137 (Summer 2017). She used her grandmothers old leggings, and stuffed […]

By the van der Loos family While on holiday at Omaha over Christmas, we spent a lot of time at the bird sanctuary spotting endangered birds.  After reading the information about the critically endangered fairy tern, we then saw one fly over us and saw the difference between that and the usual ones we see […]

By NatureWatch NZ Back in April, NatureWatchNZ brought you the sad news that myrtle rust had been found in Northland, and we asked the community to keep an eye out for it. We now have a new weapon in the fight against the plant disease myrtle rust, currently threatening a number of New Zealand’s native […]

My name is Anna, and in January this year, my son James (who is 7 years old and a KCC member) and I offered to help out with the KCC trapping line at the Grovetown Lagoon here in Marlborough. You may have read about our trap line in the Autumn/Ngahuru 2017 issue of Wild Things: […]

Make an anti-predation collar for your cat!

This video comes from Making With Purpose. Help protect the birds in your backyard and neighbourhood with this easy project. You’ll need two pieces of bright fabric (about 25cm by 25 cm), scissors, a side dish (diameter about 19cm), small lid (diameter about 7.5cm), a marker/ pen, needle and thread.