Henderson Valley School has been working on a mural about the Māui’s dolphin because it is nearly extinct.

Some children from school standing in front of the mural.

The idea for a mural happened about a year ago when Paolo Maladondo, who is one of the school parents, wanted to make a mural out of plastic bottle tops. This would mean the bottle tops wouldn’t go to landfill.

Last year we had a competition to see which class could get the most bottle tops so Paolo could make the mural.

We collected more than 5,000 of them from milk, cream and fizzy bottles.

Paolo picked some kids to tell her what they wanted the mural to be about and the kids chose the Māui’s dolphin because it was becoming extinct really quickly.

Every child in the school helped to make the mural by putting one botte top lid on.

So now whenever people walk past the mural they see the sign that says Protection not Extinction. They know how important it is to save the Māui’s Dolphin.

We also made a cool video about plastic and how we can recycle more. 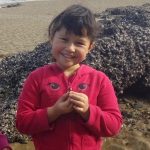 Isabella (7) lives in the foothills of the Waitakeres in Auckland with her five year old sister Manurere. They both attend Henderson Valley School which is an Enviroschool and KCC School surrounded by native bush.

Find out how you can become a KCC Reporter – just like Isabella! 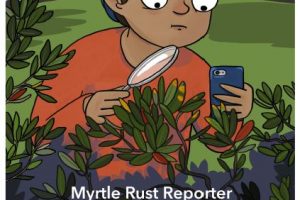