KCC Waikato had a great trip to Mahoenui Giant Wētā Scientific Reserve. Here are some of the pictures taken during the visit. A big thank you to Erana and Antoinette at DoC Te Kuiti for hosting us.

A robin encounter on the un-nature trail!

I scanned the bush ahead, my eyes searching for anything that might be the answer. My mum, sister, her friend and I were on a Tauranga KCC un-nature trail – which means we have to find things that don’t belong in the bush. So far we had found coat hangers, buckets, forks, pegs, and other […]

This friendly guy had been hanging around. We wondered if he might land on us, he did four times! It was amazing. We decided to name it Charcoal.   From Samuel and Sylvie, KCC members, Nelson.

What has Whanganui KCC been up to?

Whanganui KCC members Calexico and Lola send in these pictures and photographs to us via email. They show just some of the great activities happening within this branch. Ka mau te wehi! (Awesome) Thanks for sharing with us Whanganui KCC. We look forward to hearing from you again soon. What great things have you been […] 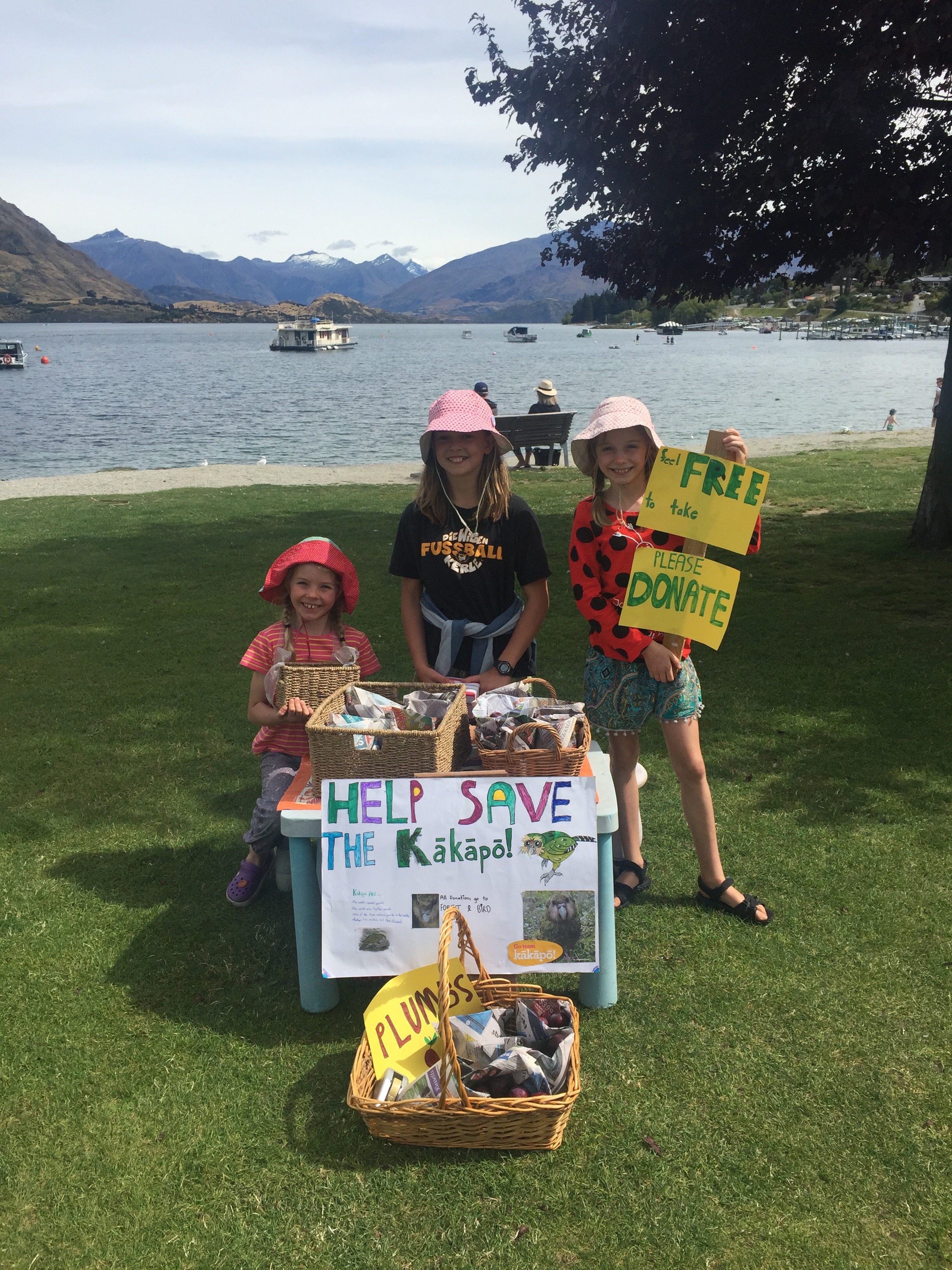 Fundraising for the Kākāpō

Lulu (aged 10) sent in an important email this week… My name is Lulu, and I am 10 years old. In the weekend my friend Annie, my sister Nico, and I did some fundraising for the kākāpō. We picked plums from our tree and baked muffins, and designed a poster. We collected $111 in 2 […]

Olive (aged 8) sent in this great story about saving, caring for, and releasing a young starling during the summer holidays… In the holidays I heard my cat Daisy catch a starling fledgling. It was half dead. I locked Daisy in the bathroom while me, Heath, and Ramona surrounded the starling. After half an hour Mum […]

KCC member Finn has a pretty amazing back yard.  Read his report on who came to visit. In January I helped welcome 100 Fairy Prion chicks to Mana Island. As part of my learning at home, I went up to the southern end of the island with my Dad (Jeff Hall) who is the ranger […]