By Patience, age 10, from Redwood School

There once was a blue cod swimming through the seaweed, following was another smaller blue cod. Then there was a shadow that became bigger and closer. Suddenly, a giant anchor fell down. The two blue cods swam fast and hid behind the seaweed.

The blue cods swam away quickly, but the biggest cod got stuck in some plastic and couldn’t get out. The little blue cod pulled and pulled but it was no use, he swam away to get help.

A seagull flew wide over the horizon, bottles beneath covered the waters. He flew across and flew down to catch a fish, though what he thought was a fish was a floating bottle surrounded by white flourish bubbles.

He picked it up in his bill and tried to eat it all up! He started to choke, he swallowed some of the rubbish flying back down to shore. His stomach was aching, his little head feathers stood up as he flew back toward the shore. His wings lay softly against the hot sand, the other seagulls flew around him.

The seagull didn’t feel well at all so he’d just laid where he landed. A woman walking along the beach noticed him and reported to a local avian veterinarian! This resulted in a surgery to remove the offending plastic from the seagulls insides.

What does all this mean?
It shows how damaging pollution can be. Any sort of plastic in our waters is very damaging to sea creatures!

The big cod got stuck in plastic and a seagull ate some plastic. I feel that most people love animals, so why don’t we stop causing them harm?

Here’s a way to help stop these disasters from happening:
Put rubbish in the bin whether it’s yours or if someone else left it there. Now, I know sometimes we feel lazy and don’t want to stand up and put it in the bin. Instead we just chuck it on the ground. But remember birds, reptiles, fish and others feel pain. So let’s try to minimise all rubbish! 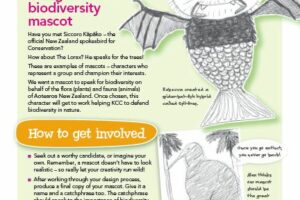 Vote for our new biodiversity mascot 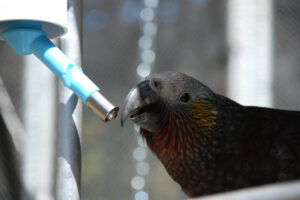 In winter birds find it hard to find enough food[...] 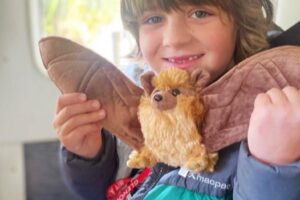