October 22, 2015 Posted by Kiwi Conservation Club
Do you remember our RMA feature in the winter issue of Wild Things magazine? After reading it, 14 year old Nur Lajunen-Tal wrote to tell us about her favourite place.  We were blown away by what Nur wrote.  If you haven’t been there already, you will feel like you have after reading this.  Enjoy!  Save the RMA!

Wharariki Beach is located in Golden Bay, about half an hour from Collingwood. To get there, you have to driver for a while, until you get to a big car park. Once you have parked the car and gotten out, you walk over a stile into a vast, dry expanse of sheep pasture.

To go to the beach, you head down a narrow winding path that leads up a grassy hill. As you walk, the path becomes wider as it continues on through the hills. The sheep watch curiously from the sidelines as you pass by. 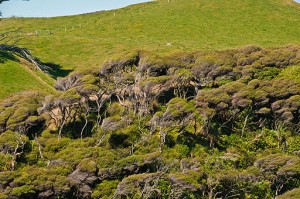 After sometime, the farmland gives way to beautiful, shady native bush, and the path becomes sand under your feet, seeming to signal that the beach is close.

The forest actually carries on for quite some time, and even when you emerge into the wide open sand dunes of the beach, the longest and most tiring part of the walk is still ahead of you. After many long, tiring moments of trudging seemingly fruitlessly up and down sand dunes, during which your legs are most likely to fall off, it’s such a relief to finally see the sea. But this probably sounds somewhat unappealing to you, so let me tell you that the long, tiring walk is completely worth it.

It’s true that the farm land at the beginning of the walk it quite plain and boring, even ugly, but the forest is stunningly beautiful, and I was absolutely amazed by the breathtaking, majestic bounty of the sand dunes. In fact, I took care to only walk in other people’s footsteps, as to not damage the flawlessness of the dunes any more. 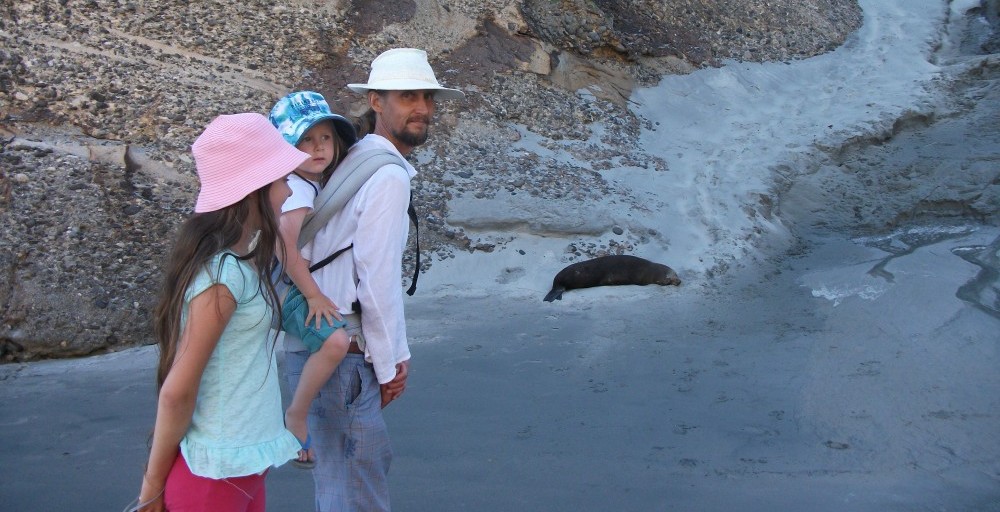 Nur with her dad and brother at Wharariki Beach. (Photo by Nur’s mum, Michal)

The landscape of the beach is amazing, too. There is headland with a cave, and a grand rock archway rising from the sea just off shore. A shallow, warm water stream flows in land to the right of the cave.

Last summer, I went to Wharariki Beach for the first time. The experience I had there was one of the most amazing and memorable experiences I have ever had in my life. AS I walked the long path to the beach, the only thing that drove me forward was what I would see when I got there. I was far ahead of the rest of my family, and I was almost bursting with excitement and anticipation. When I got to the beach, I would see my first seals.

Seals have been my favourite animal since I was six. I’d seen seals before, but only in the zoo. This would be the first time I would ever see seals in the wild. To tell you the truth, the first thing I did when I got to the beach was cry, because there were no seals, little did I know that it was less than one minute before I would see one.

Even without the seals, though, it would have been an amazing experience and Wharariki Beach would still be a magical place. My little brother agreed to go into the water for the first time, and we all had a lovely swim in the stream. We sat on the beach and ate our dinner out of containers. We also made some new friends. Most importantly to me, serenity, a very special seal. I named her that because although I came finally close to her to take photos, she just slept peacefully and didn’t as much as bark at me. The other seal I saw, who I named Dusty, was smelly, covered in sand and had a swarm of flies buzzing around him. But serenity was beautifully sleek and shiny, didn’t smell and hardly had any flies. She was a beautiful dark golden brown colour and she had a very pretty face. She is a very special friend who I will remember forever. If you ever go to Wharariki Beach, please remember to say “hello” to my friend Serenity. 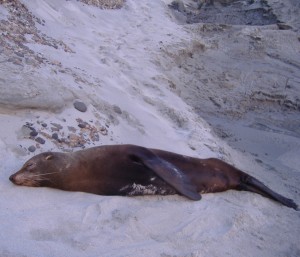 I will definitely go back there again one day. I like to imagine that Serenity will still be there and that she’ll remember me. I especially hope she’ll come close enough to let me touch her, or even rest her head on my leg if I’m sitting down. I know this isn’t likely to happen, but I like to imagine it will happen one day.

My Dad says that Wharariki Beach has already been developed since he was there last. There is now a big carpark with a cafe, and a campground nearby, but those things are far away from the actual beach. If new developments came closer to the beach, damaging the majestic sand dunes far more than footsteps can, my heart would break. We would lose a precious place and worst of all, Serenity and the other seals would lose their home. It would be terrible for them.

I think Wharariki Beach should be protected by law. And I might add that even the RMA isn’t enough. As you mentioned in your magazine, sometimes the council doesn’t listen to submissions and the big changes still take place. No one should really be allowed to damage our beautiful and unique treasures at all. 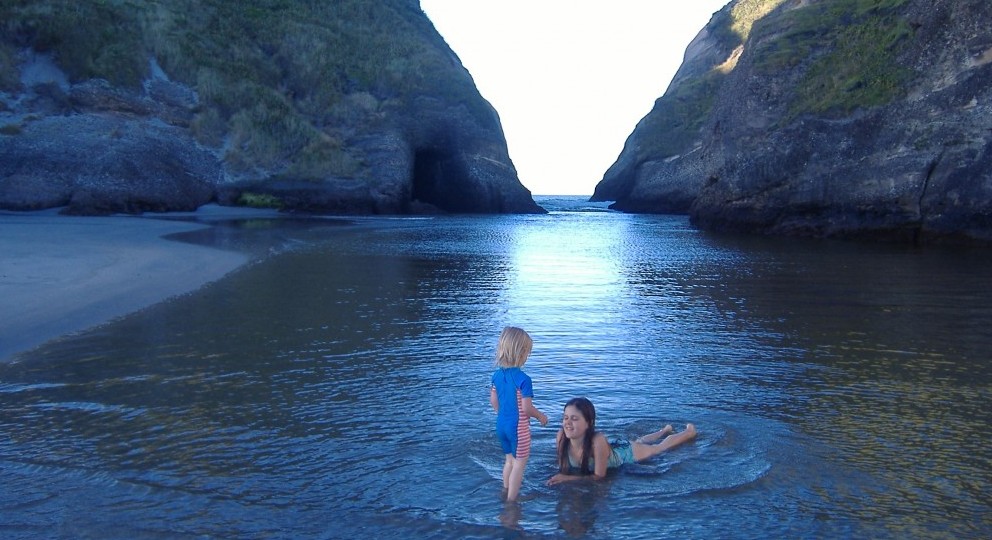 Nur with her brother on Wharariki Beach. (Photo by Nur’s mum, Michal) 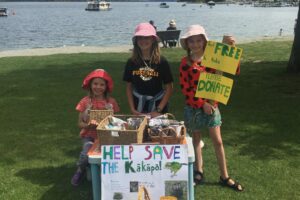 Fundraising for the Kākāpō 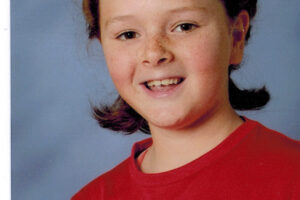