We asked some of our KCCers to review this new pukapuka. Here’s what they had to say:

Title: Kara the Kakapo
Author: Dani Rae
Illustrated by: Evan Heasman
Setting: New Zealand native forest
Plot: The story is about a flightless bird called Kara the Kakapo. Her dream is to fly, but her friends tell her that it is hopeless. Kara is determined to fly even though her friends say it will never happen. She searches and explores and builds her own plane . The big day finally comes and she’s done it!

Acacia’s favourite bit: When Kara’s friends said you can’t do it and she kept on trying. And when Kara was finally able to fly!

Kara the Kākāpō is a book about a kākāpō that wants to fly. I really liked how Kara never gave up and never gave in, she kept on going. She read books to research how she could fly.

I thought Kara’s friends, like the birds and reptiles, were beautiful. My favourite friend was the tuatara.

The facts at the end of the book about kākāpō really helped my class learn more about kākāpō. My favourite fact is that kākāpō are known as night parrots, it is a pretty cool fact.

This book is great for showing kids about never giving up as Kara was determined to find a way to fly and she found a way. I would give this book 5 stars.

Once there lived a parrot named Kara. All she wanted to do was…..fly. Kara tried to fly but she couldn’t. So, she explored, researched and read but Kara couldn’t find anything until one day she made a plane with one seat. She loved her plane so much. Every time she saw the birds fly, she got in her plane and clicked her helmet on, then flew away.

I really liked the interesting facts about kākāpō at the end of the book and how Kara doesn’t give up. I liked that Kara researched until she found a way that worked for her. I would recommend this book for other children. 5/5

I liked two things about the book. How Kara did not give up and the illustrations. I really liked how the book rhymed, the rhyming words were so cool. My favourite part was when Kara did all of the research – I loved it! 5/5

I liked that Kara didn’t give up and found a way to fly. I loved all the beautiful colours in the pictures and all the different New Zealand animals. I liked that when Kara was flying you could see New Zealand from the sky.

It was so good when Kara made her own plane so that she could fly, spin, dive and glide in the air. There are rhyming words in this book which I really liked. The interesting facts at the back of the book taught me new facts about kākāpō that I didn’t know. I give this book 5/5.

I love that Kara doesn’t give up. The colours in the pictures were so cool to look at. I also like the facts at the end of the book. I think other people will like the pictures in the book. I really like the book as Kara’s determination is inspiring for me. I rate the book 5/5 as it is pretty awesome. 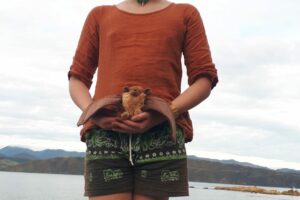 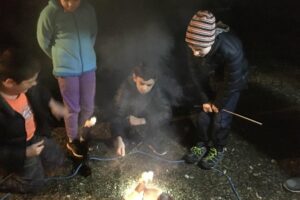 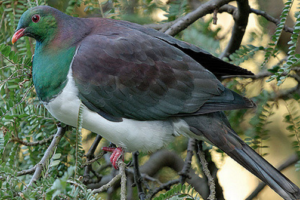 Birds come in lots of different sizes and it helps[...]