WHY DOGS ARE BETTER THAN CATS

Poo in a box

Dismembered mice on your carpet

They may be the world’s most popular pet, but our furry feline friends have plenty of downsides.

Dogs as you know are a man’s best friend, but have you ever wondered why that is?

Could it be that they help us in so many ways.

Can you imagine a cat rounding up a field of sheep?

Sniffing out drugs at the airport or becoming a hero in a search and rescue mission? I don’t think so!

As you may have guessed today I’m talking to you about why dogs are better than cats.

Earlier this year in France the guide dog association began training cats as guide cats for the blind.  After a couple of months and due to a few near misses the tests were cancelled. You could say it was a CATASTROPHE!

However, and this is a true story, the Australian police force credited a blue heeler dog called Max with saving a toddler’s life after the little girl went missing. The girl had wandered away from home, prompting a search and rescue mission. Fifteen hours after she went missing her grandmother heard Max barking in the distance. She and rescuers went running and Max led them to the missing child.

The dog was hailed a hero.

Can you imagine a cat doing that?

Let’s have a show of hands:

Who has a cat?

Who has a dog?

Well I don’t have a cat or a dog, but I know which one I would have and it’s not a cat.

By the way does anyone know what’s a cat’s favourite TV show. A cat-toon.

Now I just made that up so you can’t expect it to be purr-fect!

Here’s a few facts about cats and dogs to help you make up your own mind.

A cat can protect your home from burglars.

Cats are timid and more likely to run off and hide.

So protect your home and get a dog.

Dogs are loyal to their owners.

So get a friend and get a dog.

Dogs need exercise which gets you out of the house into the fresh air.

Cats just come and go when they feel like it.

So get fit fast and get a dog.

So if you get home tonight, trip over a mouse, slip on vomit and end up in the litter tray, remember to think twice when you’re considering getting another cat. 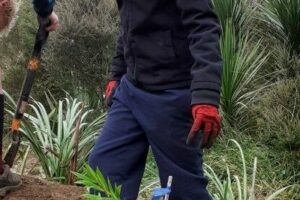 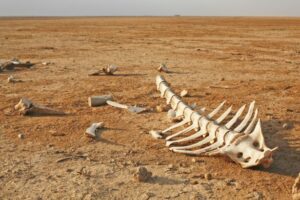 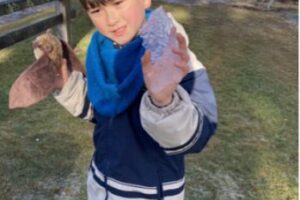