The skink in the sink

One sunny Sunday mum went outside, there was a skink!! A skink is a little lizard with a spotty pattern on its back.

It sidled inside. We sneaked after it but unfortunately it zipped behind the TV. Mum shouted at the top of her voice, “Don’t turn on the TV!” Mum collected two containers and said “Who wants to help?” Luckily our friend Zech was there to help. My brother Henry and Zech volunteered to catch the skink. 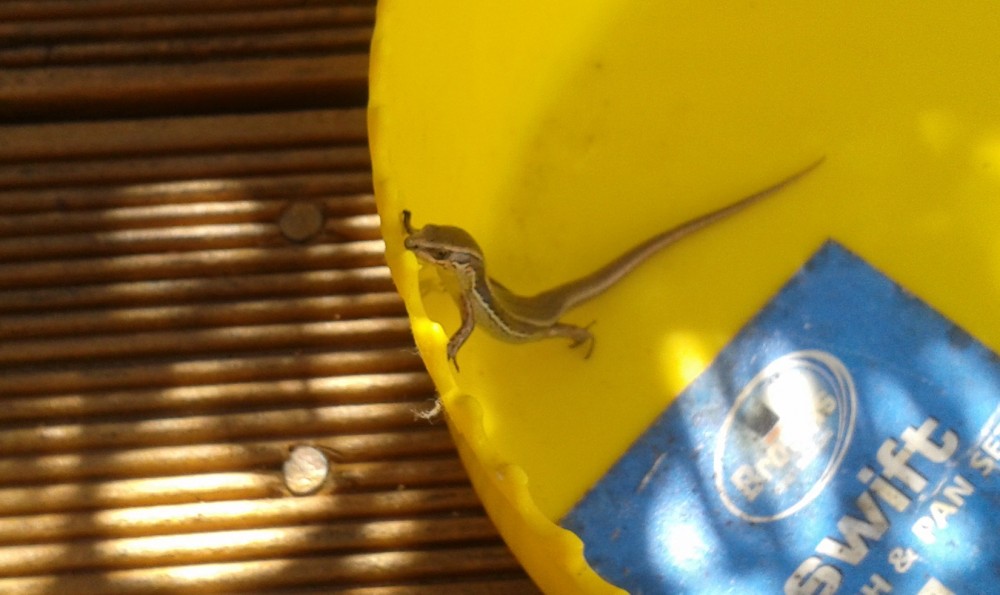 Mum letting the skink escape back to its home!

But, then I had an idea… I suggested we could get a torch, shine it under the couch and make the skink run away from under the couch. But that didn’t work either.

I was too scared to sit on the couch in case the skink suddenly crawled up the couch leg and crawled onto me. I might not notice if it went up my sleeve.

A few days later, mum did the laundry. It was time to wash my sister’s togs. Suddenly a skink poked its head out. It must have been the same one that had gone behind the TV and run under the couch. The whole time, it must have been eating flies to live. It bounced into the sink and landed on the edge of the plughole. It was amusing watching it running around the sink trying to escape. So mum got the brush and shovel and carefully scooped it out, because the skink is little and precious to New Zealand.

Mum kindly put it outside in the flax bush where it lives. The skink looked at mum gratefully and zipped off the shovel and into the bush. 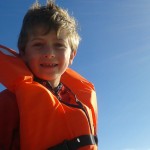 Jack is eight years old and lives in Wellington. One day Jack hopes to be an author.

Find out how you can become a KCC Reporter – just like Jack! 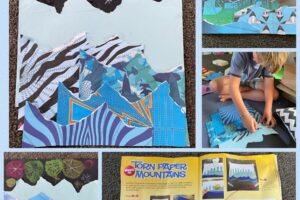 An activity from our Ngahuru issue of Wild Things Rourke[...] 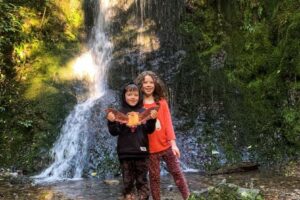