In September 2022, Polly went to stay with Quinn (age 9) in New Plymouth. Here’s what they got up to together…

Polly Pekapeka arrived at my house on a Monday. One day later, I found out Sparky the one legged kiwi was coming to my school all the way from Whangarei. I was so excited to take Polly Pekapeka to my school. Polly and I got a special photo with Sparky, and Polly got to sit on Sparky’s back.

When Sparky was little, he got caught in a gin trap & lost a leg, and now uses his beak to help himself walk. Sparky is now 20 years old, and could live up to 40-50 years old. He was found by Robert who is the one who looks after him and takes him around the country to different schools. Because Sparky was raised by humans, he is not a nocturnal kiwi, and can no longer live in the wild, which is why he is able to go to schools and teach kids.

It was Sparky’s first visit to Taranaki since Covid. When we were allowed to ask questions, I asked if bats were a predator and luckily, they are not. This made me and Polly happy.

Since I still had time with Polly, I decided to take her to Brooklands Zoo and Pukekura Park. At the Zoo, Polly meet some monkeys, parrots, alpacas, capybaras, tortoises, a morepork, and meerkats.

We then went down to the stage at the bowl of Brooklands, and we took a walk around the park.  We ended up at the teahouse, saw some ducklings and had an ice cream. We had a photo by the lake and another in front of the waterfall, then we went back home.

While at my house, Polly met a new friend who is my teddy Katty and they got a photo together at the park. The three of us had a great time together. I was very sad when the time with Polly was over, but I am glad she came to stay with us. 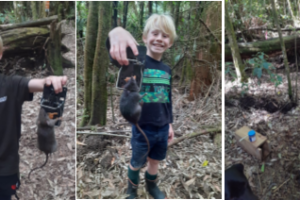 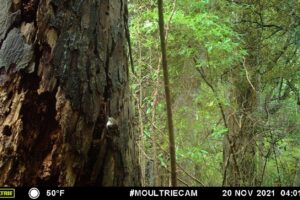 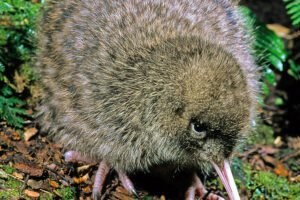 By Alex from Rototuna Primary School Do you know the[...]