NZ Reptile A to Z

Sherry Xie shares about some of our amazing native mokomoko | lizards, pepeketua | frogs and our tuatara in this reptile A-Z.

This little quirky looking guy – the smallest frog living in New Zealand – can only be found around the Coromandel Peninsula and the Whareorino Forest. They have very interesting patterns of irregularly scattered black and vibrant green blotches, since they thrive in humid places at the foot of a forest near the water, where moss and many watery plants like to grow. They could happily merge in with their surroundings, and it can be a challenge sometimes to tell them apart from it.

Rather quiet, since they communicate with each other through chemicals, but they do squeak or chirp when they feel disturbed.

Very cute looking gecko. Has distinctive large black eyes and orange-yellow mouth, with bright sparkles evenly scattered all over the body. They occur only in a special habitat called the alpine zone, where the mountains are so high up above the ground that the trees stopped growing around them. It’s usually cold and the air’s sparse. Distributed around the peaks of the Southern Alps, Mt Arthur and the Nelson Lakes National Parks. Lives among rocks, hiding in between crevices with sparsely growing shrubs and tussocks.

They look olive-green from above, and dark brown from the side. Bright-yellow strips on each side mark out the edge, and dark and bright specks are scattered across evenly.

They live in the middle Canterbury region from Maukatere | Mt Grey, southwards ‘till the Rangitata River, and all around the Banks Peninsula.

They are quite bold in character and very adaptable to all sort of environments across the region – find them over the rocks, among the shrubs and grassland, even the beaches – anywhere that is open and sunny (they enjoy basking under the sun to keep the warm, just like many of us).

The largest gecko that lives in New Zealand – they can grow up to 30cm in total. They can live up to 50 years. Can only be found on offshore islands along the east coast of North Island from the BOP upwards, and some islands in Cook’s Strait, but they used to be widespread across the North Island. Nocturnal, which means they sleep throughout the day. They hide under rocks, in hollows of tree trunks, even in seabird burrows, and come out hunting at night. They eat bugs, but due to their size, they can prey on other smaller lizards. They also like fruit and nectar.

Likely to find them among the foothills of the mountainous area of western Otago. They like to live around the rocks and the shrubs growing in the Eyre Mountains (as their name suggests). They have been expanding their territories down south, and towards the sounds; you might also find them near the lakes in this area.

Looks golden brown from the top, with bright yellow, darker brown, and black strips on the side.

Residents of southern Fiordland, with sleek dark-coloured skin scattered with bright yellow-green speckles. Survives the harsh environment of the rocky coast of the Sounds. Very good swimmers, and enjoy basking in groups on top of the rocks on sunny days.

Endangered and common visitor to New Zealand waters. Can hold its breath for hours. Is the only herbivore sea turtle. Adults feed on seagrass and algae. They aren’t herbivores to begin with though. Young turtle (<5 years) feed on jellyfish, salps, and other small sea creatures.

Very distinctive with its unique and intricate pattern. Individuals vary in colour – some are more green or brown than the others. Can only be found on the southern half of the Stewart Island. Eats the bright red berries from little mountain heath, and nectar from flowers.

Another remarkable member of the green gecko group. Like what their beautiful name suggests, many of them have strips or patches of bright white or yellow/green diamond shapes across the body. Can find them in many areas of South Island from Canterbury southwards, mostly mainland and along the east coast, anywhere rock piles and dense vegetation provide them good coverage. Also found on islands in Foveaux Strait.

These beautiful and subtle-looking skinks are extremely rare to see. They’ve got red-brown skin tone and faint black and bright yellow specks, and there’s a much darker brown strip that outlines the side of its body.

Only been found around this narrow coastline north of Hokitika along the West Coast of South Island.

Was first discovered in 1992, and there were only estimated 200 of them. Many of them were transferred and settled in Auckland Zoo in 2018 after half of their habitat were destroyed by cyclone Fehi.

They have unusually long tails that are good at grasping and get hold of things – that isn’t a common feature among skinks. 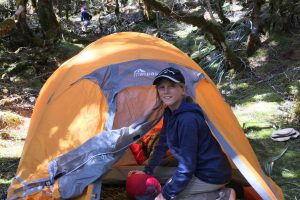 A tax for tourists 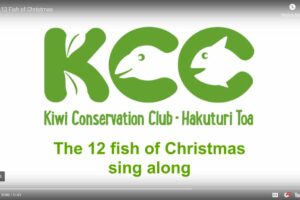 VIDEO: The 12 Fish of Christmas 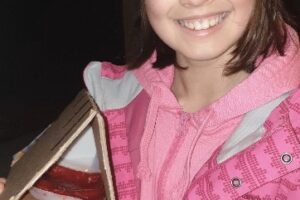 Chloe found tracks in her tunnel this morning. She thinks[...]