My family and I went to Tāwhanui for a bushwalk in the rain. We saw a saddleback with a fantail following close behind when we were there. We also saw a couple of fantails and lots of pūkeko.

When we were looking in a cave we saw a little blue penguin at the very back. There were lots of whiteheads when we were going through a kauri forest. We also thought we saw gannets but they were just decoys with sound to encourage gannets to return.

There was a very chatty bellbird that sounded like a car alarm going off.

We named parts of the forest “Kauri Avenue”, “Nikau Valley” and “Mānuka Drive”. It was lots of fun. 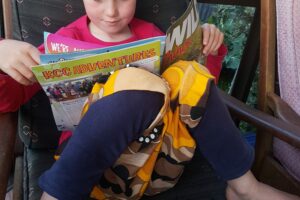 Being a friend to nature 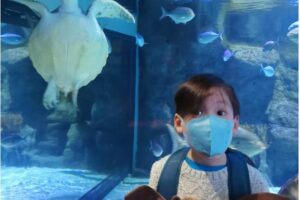 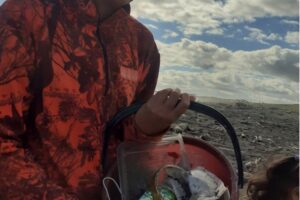