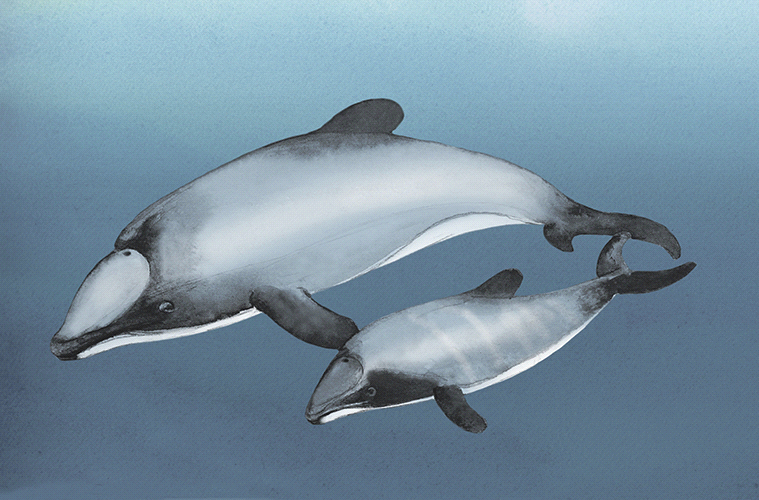 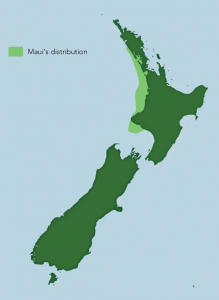 New Zealand’s Government has brought in rules to restrict deadly fishing practices along parts of the North Island’s west coast, where popoto live. They’ve also made an area – from Maunganui Bluff to Taranaki’s Oakura Beach – a marine mammal sanctuary.

Phew. That’s saved popoto, you might think. Not so. The fishing restrictions don’t cover a large enough area – and the sanctuary is just a label, giving no real protection.

The latest published study found that there are only 55 popoto left who are over the age of one. And now these dolphins may be at risk from oil, gas, and mineral exploration, as well as from a parasitic disease called toxoplasmosis. 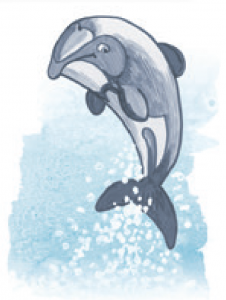 Since 2012, the Government has opened up large areas of the west coast of the North Island to companies that want to search for valuable oil, gas, and minerals.

One way they search is by seismic surveying. This makes loud noises that can disrupt marine mammals’ ability to communicate. And if there was ever an oil spill, it could be catastrophic.

Government officials say these risks can be safely managed. We don’t think they can.

What needs to happen?

Right now the greatest risks to popoto are deadly fishing methods: trawling and set netting. However, Forest & Bird wants all threats to be removed from where these dolphins live.

This means a total ban on trawling and set netting – as well as on seismic surveying. The ban needs to cover the whole marine mammal sanctuary, and a bit further south to the Whanganui river mouth. It must reach offshore to 12 nautical miles (around 22 kilometres), and include the five west coast harbours.

The government also needs to help fishers change to dolphin-friendly methods. This will help save popoto and many other species. Plus – more research needs to be done into the disease toxoplasmosis, and how it affects popoto.

We need more public sightings of popoto, so we can prove where they live, and the Government will take their plight seriously. 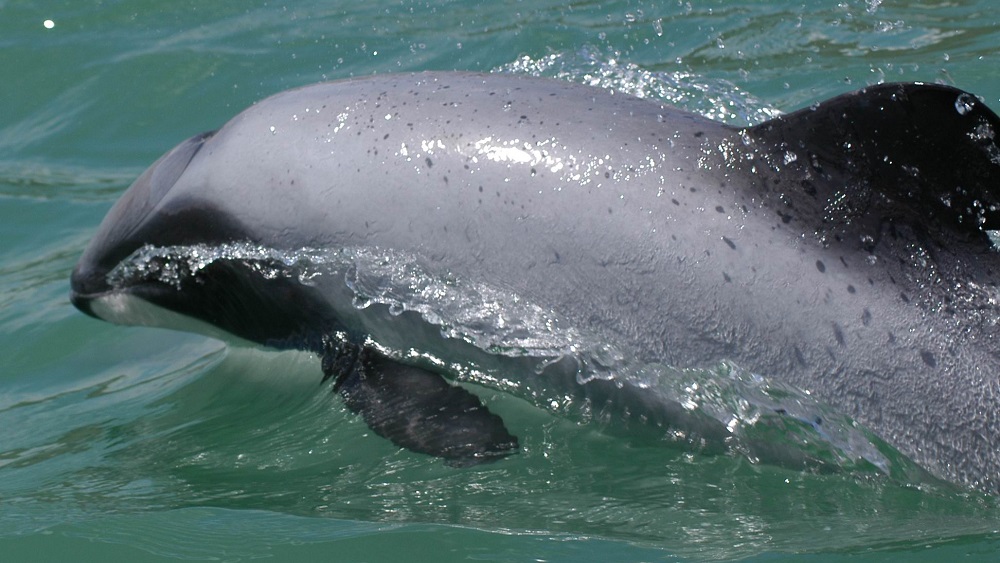 Here’s where you come in. Learn to spot a popoto. You’ll see them only on the west coast of the North Island, and the easiest way to recognise them is by their distinctively rounded fin.

Popoto is a sub-species of Hector’s dolphin.

Hector’s dolphins are endangered too, with only 7,000 left in the world.

The Hector’s dolphin is the smallest dolphin in the world.

While popoto live only near Te Ika-a-Māui (the North Island), Hector’s dolphins live only round the Te Waipounamu (the South Island).

Make a popoto origami and send it to Government, telling them to urgently protect all the areas our rarest dolphins live in, from all threats. Click here for full instructions.


This article was originally featured in the summer issue of KCC’s Wild Things Magazine. If you would like to receive a copy of your own, please consider joining us. 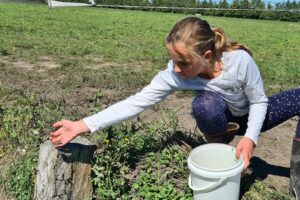 From tadpoles to frogs

My neighbour Mrs. Hill gave me a bucket of tadpoles.[...] 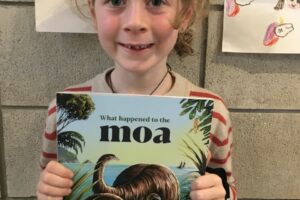 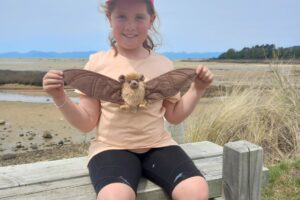