Birds come in lots of different sizes and it helps to know how big they are when you’re trying to identify them. Sometimes, it’s hard to describe to someone else how big the bird that you saw was.

You might use your hands to estimate, but comparing it to something you know the weight of means you can be more accurate. To give you something for scale, the Garden Bird Survey has invented the “chocolate fish index“. 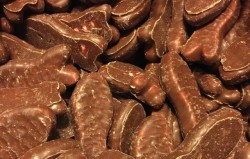 The folks over at Landcare Research, who are running the Garden Bird Survey, weighed a small chocolate fish. It weighed 20 grams! 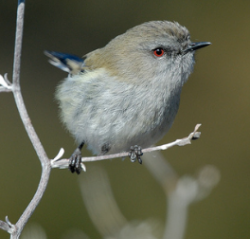 Let’s take a look at what they found and how some of New Zealand’s native birds sit on the “chocolate fish index“.

The grey warbler is New Zealand’s lightest bird and weighs just 6 grams. It’s much lighter than a chocolate fish and would only weigh the same as the tail of the fish!

You’re more likely to hear a grey warbler than you are to see one because they spend a lot of their time looking for insects in trees and shrubs. 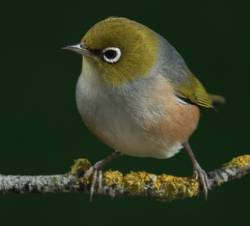 The silvereye weighs 14 grams, which is the same as the rest of that chocolate fish

that lost its tail when we were weighing the grey warbler!

Silvereyes flew across from Australia on a westerly wind and are now New Zealand’s most abundant native garden bird. You would only have to visit 2 gardens to see one. 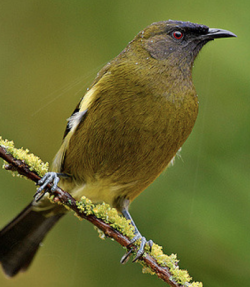 The bellbird weighs the same as one and half chocolate fish. Male bellbirds weigh a bit more than the females, at 34 grams.

Bellbirds are very important for our forests, because they help to pollinate the flowers on our  native plants when they drink nectar.

Did you know that bellbirds vary their songs according to where they live? Listen closely next time you’re in the garden for a bellbird, but don’t get them mixed up with a tui! 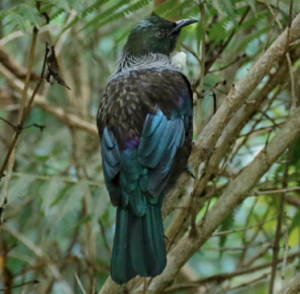 Tūī weigh the same as five chocolate fish, but like the bellbird that changes for males and females. A male tūī is 40% bigger than a female. It weighs 125 grams and a female weighs 90 grams.

The tūī was recently voted as New Zealand’s favourite garden bird by people who participated in the Garden Bird Survey! And what’s not to like. Those beautiful, blue and green colours, that cute little white tuft and what a voice! 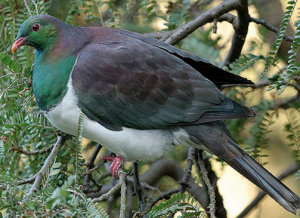 A kererū weighs the same as 30 chocolate fish! That’s a lot of chocolate fish and it’s no wonder since wood pigeons are well known for their appetite.

Kererū are important for New Zealand’s forests because they’re the only bird with a big enough beak to spread the seeds of some of our native trees.

Every year for the past decade, thousands of people head into their backyards to help monitor local bird populations during New Zealand’s national Garden Bird Survey.

It’s thought to be one of New Zealand’s oldest citizen science projects and last year was one of the most popular to date. More than 3,500 people recorded more than 138,000 birds! And they want even more people to take part this year.

Make sure to help out by heading to your backyard between 25 June and 3 July to do the Garden Bird Survey! 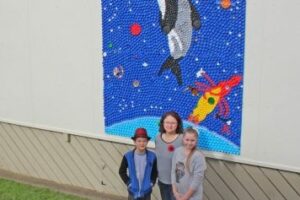 Some children from school standing in front of the mural (Photo by Sarah Roberts).

Henderson Valley School has been working on a mural about[...] 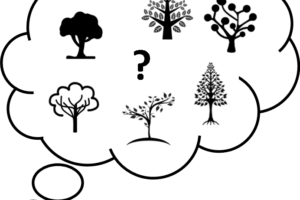 Here are some cool facts from NZ Arb about each[...] 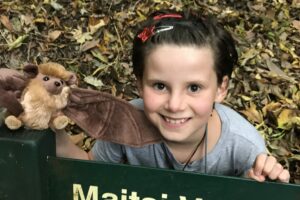