This game is adapted from one created by Ayla (age 11) from Northland.

Our magnificent kauri trees are facing extinction from a disease called kauri dieback. It’s caused by a type of water mould called Phytophthora agathidicida (said “fy-toe-fith-thor-a ag-ga-thid-diss-id-da”) that attacks a kauri’s root system. Its spores are teeny-tiny, smart, and tough.

See how easy it is to spread kauri dieback with this game.

What is K.D? A tree disease caused by a water mould

What can be the first symptom? Kauri gum bleeds from the roots

How do you spread it? By stepping on kauri tree roots, and not cleaning your shoes and gear

How can you stop it? By washing your shoes twice

Are other trees affected by K.D? No

Here’s some photos of Ayla making her game board: 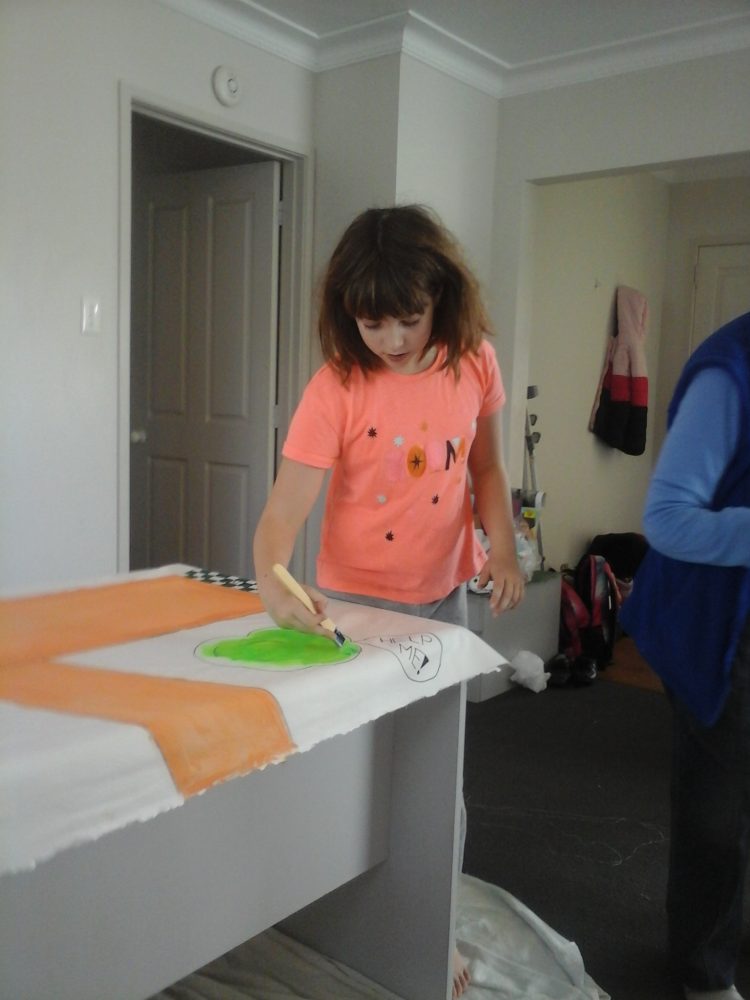