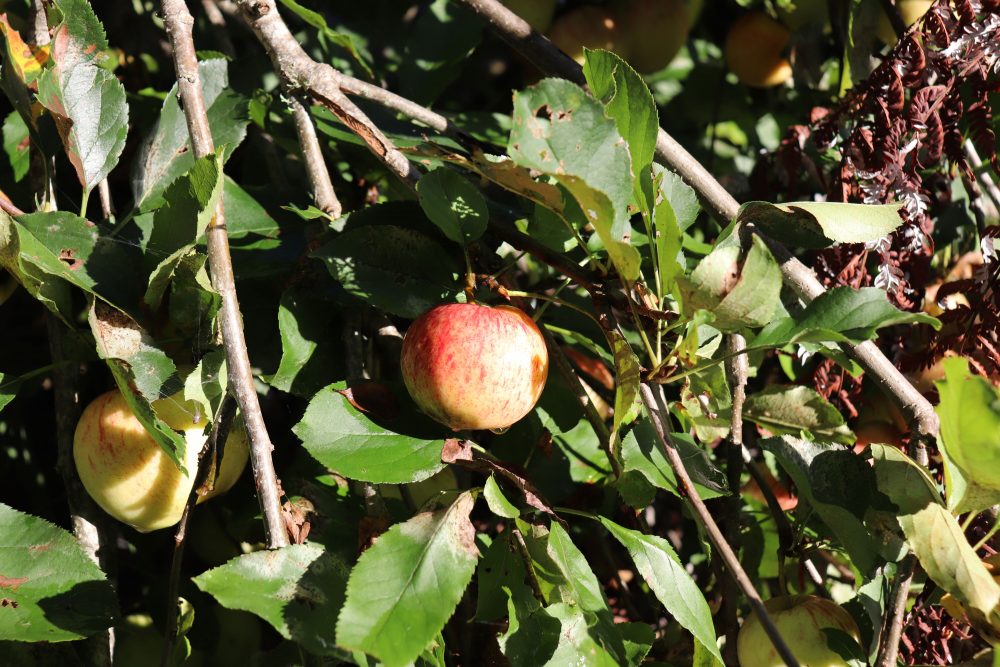 There are around 7500 varieties of apples are grown world wide.

The most popular variety of apple in NZ is the Royal Gala. It was born and bred here in NZ too. James Hutton Kidd was a famous NZ horticulturist from Greytown in the Wairarapa. He crossed English and America apple varieties to produce the Gala Apple in the early 1930’s. Royal Gala apples were officially developed as a named variety in 1965 by Don McKenzie. The apple variety has since grown to become a crop that produced 380,000 tons of apples for exporting to the world in 2018!

The growth of one apple requires the energy of 50 leaves from that tree!

The science of apple growing is called pomology.

Apple fruit size ranges from the size of a cherry to a large grapefruit. 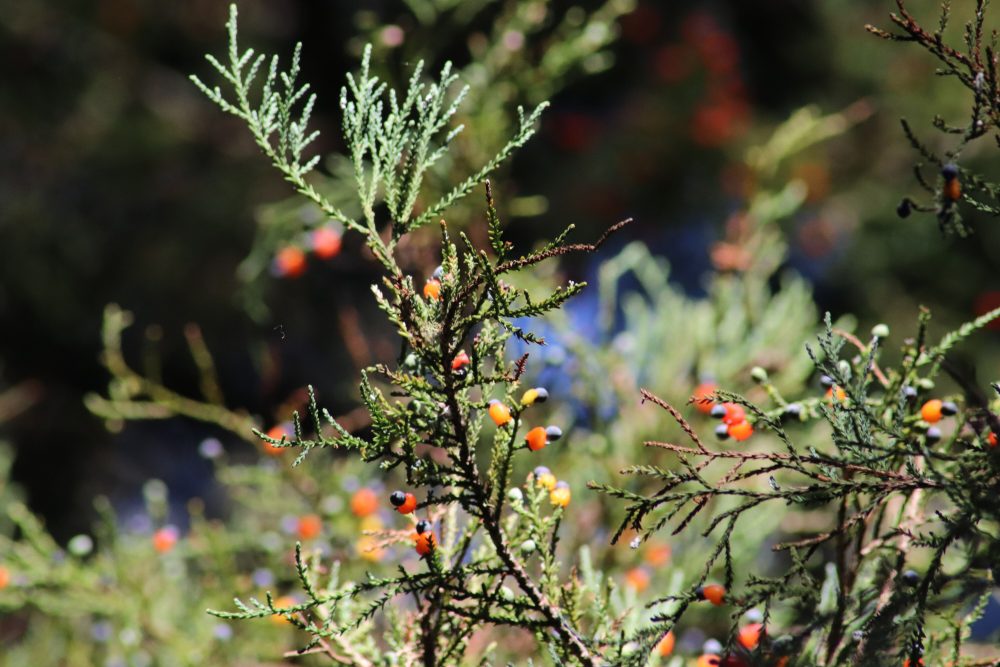 It is NZ tallest growing tree, reaching a height of 55-60 metres (although some have grown over this too).

It belongs to an ancient family of native NZ trees that are known as podocarps. There are male and female trees.

Podocarp trees originate from the ancient continent of Gondwanaland and are one of NZ prehistoric tree species that are only found in the southern hemisphere. These trees were growing when dinosaurs were roaming the earth and have changed little over last million years or so.

It has an edible fruit that is very attractive to native birds especially tūī, bellbirds, kākā and kererū. 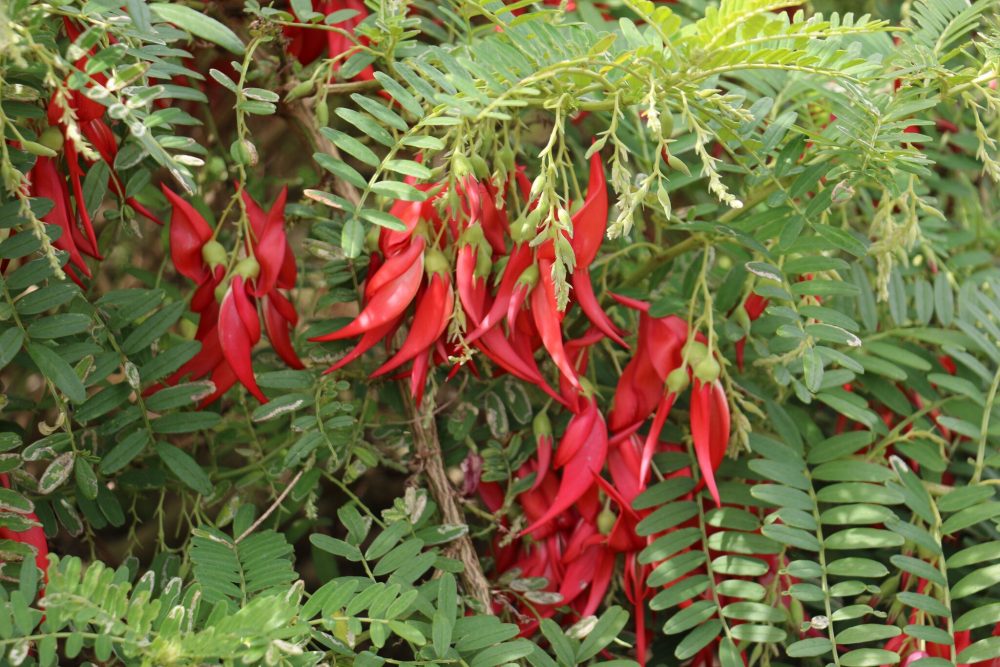 It is a member of the legume family.

Its young seed pods were collected by Māori and used like snow peas are in our modern cooking.

It was a critically endangered plant in the wild in NZ, and has only survived as a result of commercial propagation (growing for selling). It’s increased use as a landscape plant has seen it become an addition to many native gardens.

It is known to grow in the wild only an island in the Kaipara Harbour that is pest free.

It is estimated there are only around 150 plants left in the wild. 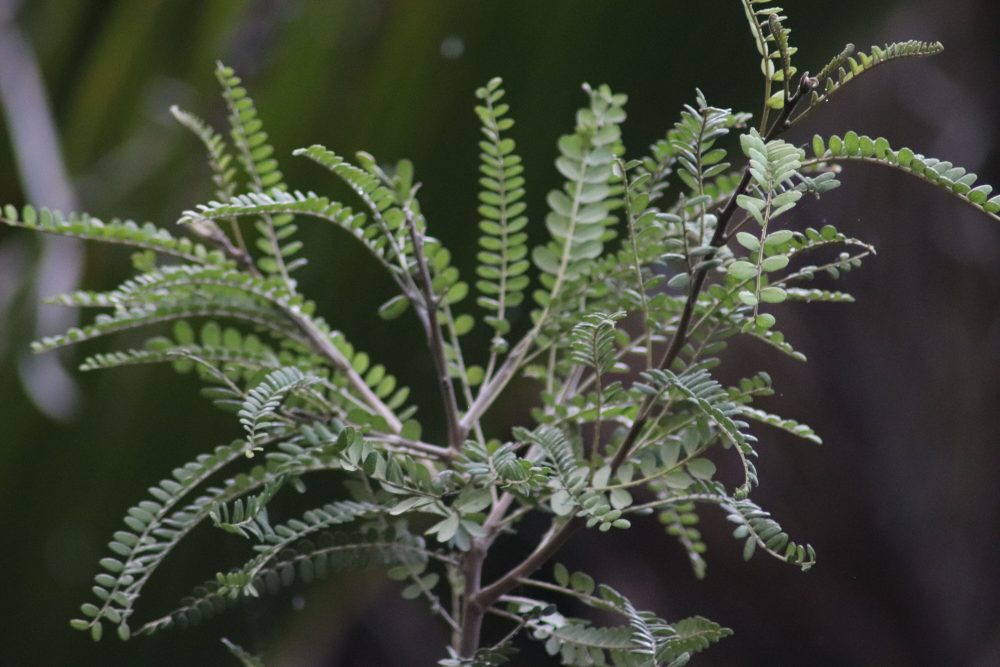 Kōwhai also means the colour yellow in te reo Māori, and the flowers were used by Māori to make a yellow dye.

There are eight known types of kōwhai in New Zealand.

It is a member of the legume family and has pea like seed pods.

It has relatives in South America that have similar yellow flowers.

The hard yellow seeds of a kōwhai can float huge distances across the seas, and are still able to grow!

It is flowers have nectar that is very attractive to native tūī and korimako. It flowers from June through to October in various part of NZ. 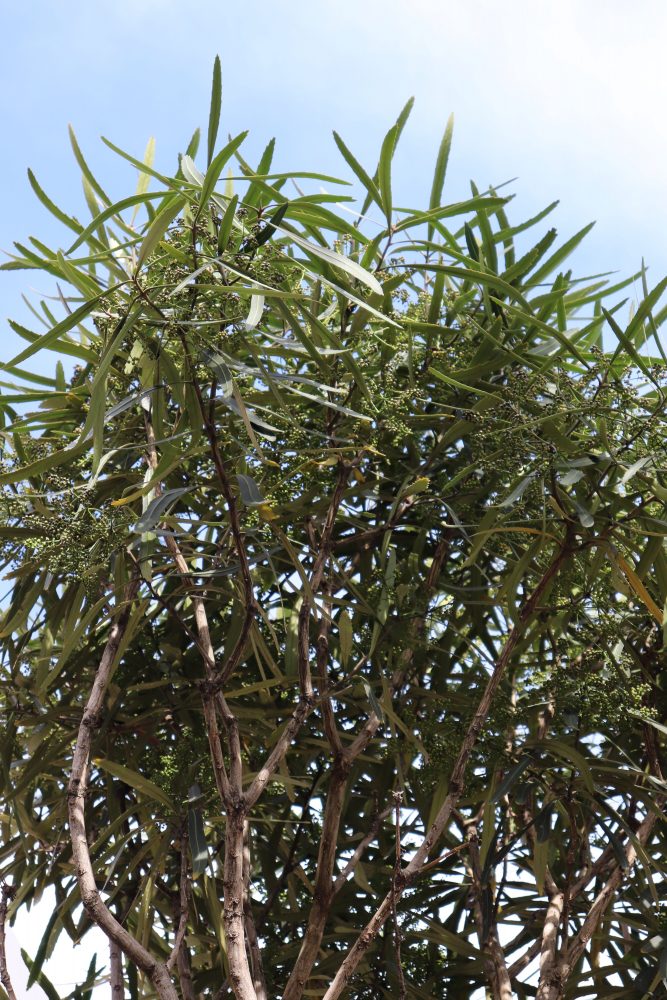 The lancewood has a unique growth form that changes as the tree matures in age. As a juvenile, its leaves are long and drop down from a single trunked sapling. As it grows to a size of around 4m, it starts to develop a different leaf form that is a lot shorter and wider and the young juvenile leaves drop off. In its adult form, the tree then starts to branch up and out, and develops a rounded shaped canopy (top).

It is thought that its different growth forms as a juvenile and adult are a plant adaptation. NZ had big ground-based birds such as moa who would eat the leaves from young trees. Having foliage that is tough and leathery when young makes it more unpalatable (not nice to eat).

The trunk of the adult trees has large indentations (recesses) like corrugated steel or cardboard.

The young leaves have been used as bootlaces in the past! 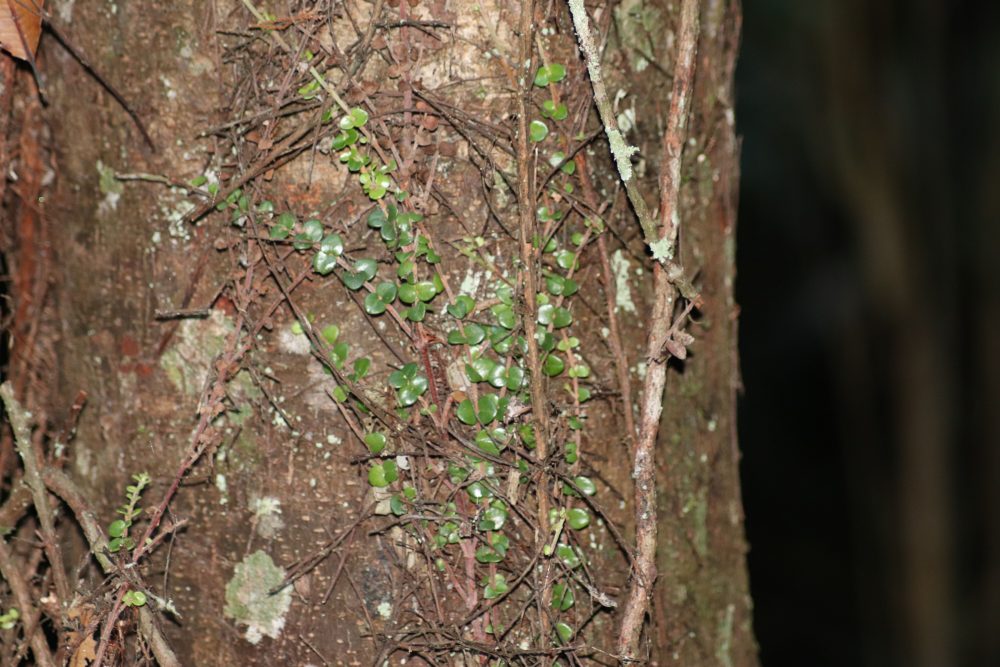 White rata is one of 10 rātā type vines that occur in NZ.

Rātā are part of the myrtle family.

There are three types of three rātā.

Some rātā grows as an epiphyte (a plant that grows on another plant) in the canopy of a tree. They sends roots down to the ground and, over time, they envelop its host tree to grow into one of NZ largest growing trees.

White rātā has white flowers that are attractive to, and provide food for, a range of insects and some of NZ forest skinks and gecko.

Pesky possums love to eat all rātā, so they’re in real danger in areas where possum numbers are high.